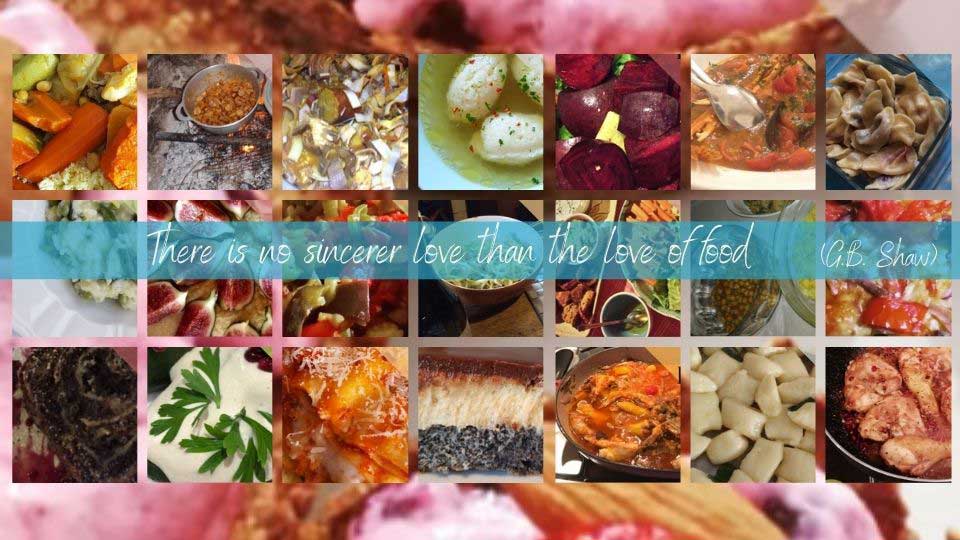 If you are a foodie translator (or either of the two), then you have come to the right place to celebrate World Food Day with us! This year’s theme is #zerohunger, but it goes beyond this, as it also focuses on healthy diets, which is a (constant) topic of discussion (and at times a bone of contention) at the office.

My meals (Alina writing here) are usually extremely simple (think fish/meat and veggies for lunch type of thing) or improvised, so I asked a few fellow foodies (that has quite a ring to it, doesn’t it?) to contribute with some of their favourite dishes – the more international, the better!

Since we also love words, we had to combine this with our passion for food, so we looked at the etymology or meaning behind the dishes we presented. Bonus: idioms! And not just any kind, but food-related idioms, of course.

One word of caution before you proceed: please do *not* read this on an empty stomach. You’ve been warned.


The dish: Couscous (Berber : ⵙⴽⵙⵓ seksu, Arabic: كُسْكُس‎ kuskus) originated as a Maghrebi dish of small (about 3 millimetres (0.12 in) diameter) steamed balls of crushed durum wheat semolina. Couscous is a staple of most of the Maghreb (northwest Africa, essentially Morocco, Algeria, Tunisia, and Libya). Couscous is a food with a long history and it has become a part of various cuisines as its use has spread beyond the Maghreb.
Etymology: The original name may be derived from the Arabic word kaskasa, meaning “to pound small” or the Berber seksu, meaning “well rolled”, “well formed”, or “rounded”.

The dish: Lasagne (singular lasagna) are a type of wide, flat pasta, possibly one of the oldest types of pasta. Lasagne, or the singular lasagna, commonly refers to a culinary dish made with stacked layers of pasta alternated with sauces and ingredients such as meats, vegetables and cheese, and sometimes topped with melted grated cheese.
Etymology: In Ancient Rome, there was a dish similar to a traditional lasagne called lasana or lasanum (Latin for ‘container’ or ‘pot’) described in the book De re coquinaria by Marcus Gavius Apicius, but the word could have a more ancient origin. The first theory is that lasagne comes from Greek λάγανον (laganon), a flat sheet of pasta dough cut into strips. The word λαγάνα (lagana) is still used in Greek to mean a flat thin type of unleavened bread baked for the holiday Clean Monday.

The dish: Gnocchi (singular: gnocco) are a variety of pasta consisting of various thick, small, and soft dough dumplings that may be made from semolina, ordinary wheat flour, egg, cheese, potato, breadcrumbs, cornmeal or similar ingredients. The dough for gnocchi is most often rolled out before it is cut into small pieces about the size of a wine cork. The little dumplings are then pressed with a fork or a cheese grater to make ridges that can hold sauce.
Etymology: The word gnocchi may be derived from the Italian word nocchio, meaning a knot in wood, or from nocca (meaning knuckle).

Meaning: Find a worthy antagonist, or even find a situation that suits your desires or interests, your strengths, your abilities. The saying always contains an idea of ​​challenge, of confrontation, of verification of one’s own value. Ex. “Non accettare questa traduzione, non è pane per i tuoi denti” = “Don’t accept this translation, it’s not for you”.

The dish: A dish from Reunion Island made with sausages cooked with onions, garlic, tomatoes, chillies, and ginger.
Etymology: Saucisse is the French word for sausage, rougail comes from the Tamil word “urugai” which is a sauce prepared and intended to last a long time (confusingly “rougail” also refers to a hot salsa condiment that accompanies many dishes in Reunion).

The dish: A dish consisting of the flower of a banana tree cooked with smoked pork, onions, garlic, turmeric, thyme, salt, pepper and tomatoes.
Etymology: Although the etymology of “carri” is the same as “curry”, Reunion’s carris don’t contain the same ingredients, for example there is no curry powder. “Baba fig” is of Indo-Portuguese origin, “baba” refers to the degree of maturity of a plant, and here “fig” refers to the type of banana, the most common type in Reunion.

Meaning: When you’re hungry you’re incapable of doing anything until you’ve eaten properly.

The dish: Make the chicken or beef consommé of your choice, as clear as you can make it. Bring the strained soup to a boil. Beat 1-2 egg-whites to stiff peaks, mix with the yolks and then with semolina until the mixtures easily comes off the side of the bowl. Shape into rugby balls against the side of the bowl. Drop in the boiling soup. Wait until they double or maybe triple in size. Enjoy!
Etymology: Soup is pretty well known. Gălușcă (pl. găluște/găluști) is most probably of Slavic origin. And one of my favourite Romanian words, because it sounds round-ish and fluffy, just like the actual gălușcă/găluște.

The dish: Chiles en nogada (Poblano peppers in walnut sauce) are served during the Mexican Independence celebrations on September 16. The dish showcases seasonal ingredients (very tender fresh walnuts, pomegranate, peaches, and pears) and has the colors of the Mexican flag. The dish originated in the state of Puebla.
Etymology: Nogada means walnut sauce.

Meaning: The fewer the people, the bigger the share

Meaning: Everything is going well. Not to be confused with the English idiom “to have a bun in the oven”, to be pregnant, which has also made its way into Finnish.

The dish: Tuscan fish soup with toasted garlic bread, from Livorno
Etymology: From the Turkish Kuçuk – meaning small : small pieces of fish, originally to what as left at the bottom of the fishermen’s nets and taken home.

The dish: Chicken sautéed with peppers, tomatoes and olives in an onion and garlic base, then simmered until tender.
Etymology: Chicken with peppers

Meaning: Much of a muchness

The dish: Filled dumplings, similar to ravioli. They can be savoury or sweet; I can give the recipe to anyone who’s interested.
Etymology: I’m not sure. Does anyone know?

The dish: Fig tart with frangipane
Etymology: It is said that Frangipane comes from a 16th century Italian marquis, Frangipani.

Meaning: Salt enhances the taste of any food, including sweets, so any food contains at least a pinch of salt. When salt is missing, anything is dull.

The dish: Sicilian caponata made with aubergines, bell peppers, fresh tomatoes, celery, black olives and onions in a sweet and sour sauce.
Etymology: The etymology of the name is not entirely known. Some suggest it derives from the Catalan language, others that it comes from the caupone, the sailors’ taverns.

Meaning: It means that two things are identical even if they are called in different ways.

The dish: Home-made felafel served with a colourful salad, quinoa, pumpkin and sunflower seeds, fresh home-made tzatziki sauce and avocado and chickpea hummus.
Etymology: The word falafel or felafel is a loanword from the Levantine Arabic falāfil. It may come from the plural of the earlier filfil, possibly from Persian pilpil, or from the Aramaic pilpāl, meaning a small round thing.

Meaning: A disagreement has ended on a positive note; all’s well that ends well.

The dish: Fesenjān is an Iranian stew flavoured with pomegranate paste and ground walnuts. It is traditionally made with poultry.
Etymology: Fesenjān is believed to have originated in Gilan province, a temperate green swath of land along the Caspian Sea in the north of Iran, where wild ducks are plentiful.

Meaning: To be utterly ridiculous

The dish: I have no idea if it has a “proper” name, but let’s go with mini oats & bananas baskets. The recipe is really simple and healthy: mashed bananas and oats, sweetener or honey if desired, shaped and baked in a muffin tray. Greek yoghurt and berries for the filling, but custard could work nicely too.
Etymology: Well, since I don’t think there’s a name for it, no etymology to delve into either. Shame, really 🙂

Meaning: You can’t have your cake and eat it too

We hope you enjoyed reading this and that it has inspired you to try new dishes. Now, how can you contribute to the celebration? Well, plenty of options: 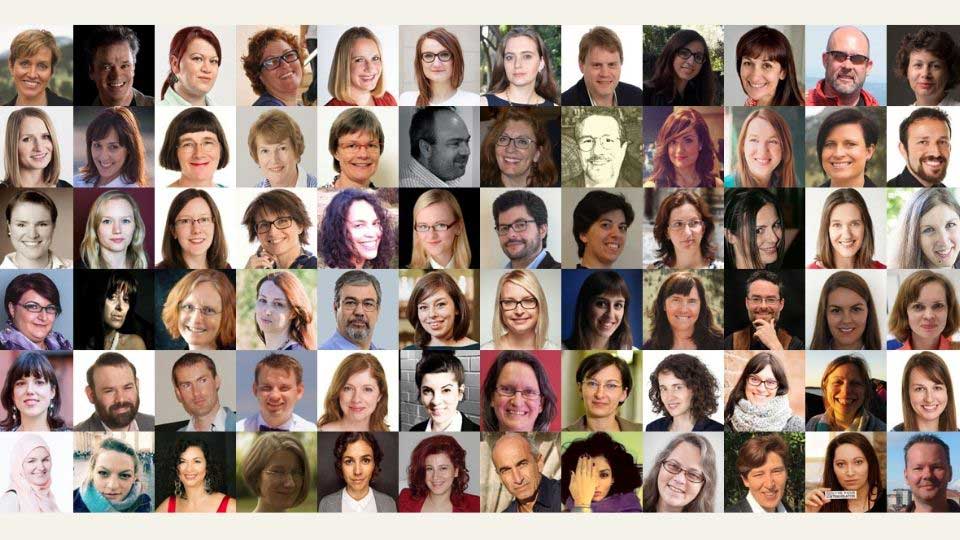 Learn from the experts! 72 professional translators, 139 FREE* tools to help you stay on top of your game 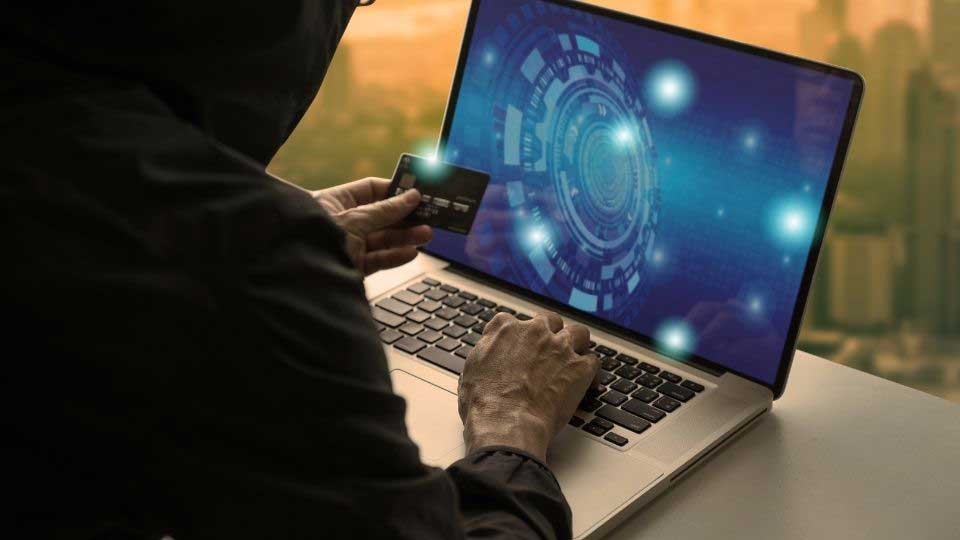 How to deal with rejection as a freelancer