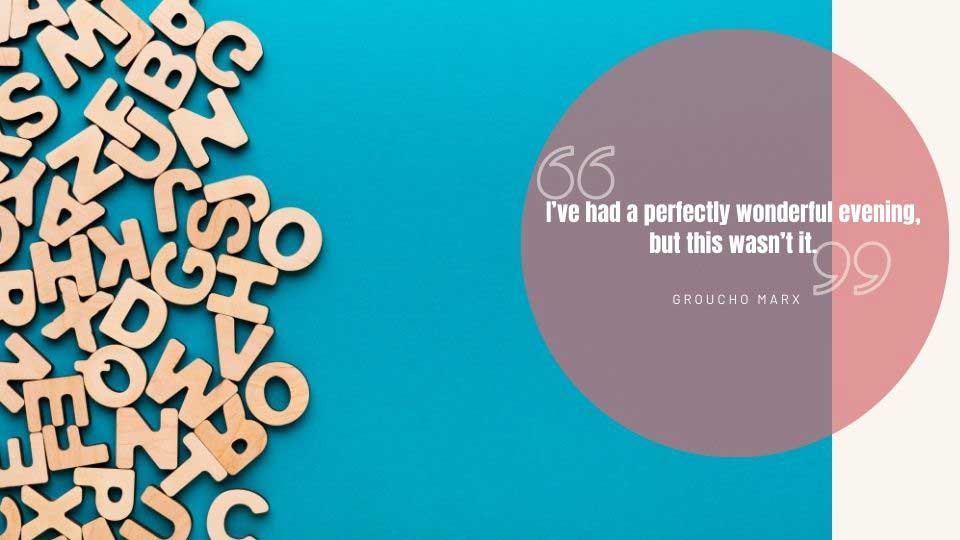 The English language is fascinating, bizarre, and sometimes downright scary. It consists of the best and worst elements of ancient languages, and not even native speakers know everything there is to know about it. Nerds all over the world, from different times, have united to discuss the quirks, oddities and idiosyncrasies of the English language. Strange as it may seem, people who have an uncanny passion for different things usually uncover the most fascinating things about them, and it is nerds of the language variety that have provided us with some of the most unexpected language delights. For example, do you know what the Signorelli parapraxis is? Can you get away with saying ‘colourless green ideas sleep furiously’? We will find out soon enough. Let’s take a look at five extremely nerdy linguistic titbits and rules.

The English language has changed significantly over the years, and with every corruption, barbarism or bastardisation it has evolved. All the languages that came before English informed and enforced it. The three terms mentioned above refer to how language derived and changed into something that is considered ‘improper’ by academics. Linguists will probably never use them, especially given that most of them are descriptivists. Descriptivism refers to an object study of language where specialists analyse what is spoken, rather than what should be spoken.

There are also prescriptivists who will never stray from the grammatical rules that they were taught. For example, while a descriptivist might say ‘me and him went on a date’, because this type of phrasing is commonly used by regular people, the prescriptivists will always consider that it is an improper usage of grammar and say ‘he and I went to the store’. So what exactly do corruption, barbarism and bastardisation mean? Barbarism refers to a nonstandard word, phrase or pronunciation (example: the word ‘ain’t’). Everybody knows what these barbarised words mean, but from a grammatical point of view they are not correct, nor will they be accepted by academics.

Corruption and bastardisation refer to the phenomenon of language changes when people either don’t understand the word, or cannot pronounce it. Did you know that the word apron is incorrect, and the correct one is napron? People started calling it apron because they confused ‘an apron’ with ‘a napron’. This happens all the times, especially among native speakers, and it is a result of language evolution.

Out of all the oddities and rules in this list, the isogram is without a doubt the easiest one to define. An isogram is basically a word in which the letters appear a specific number of times. But it doesn’t stop here.

There are several types of isograms. The 1st-order ones occur when a letter appears exactly once (they are also called heterograms, and the word ‘isogram’ itself is a perfect example). Language nerds have made it their mission to find the longest heterograms. Apparently, subdermatoglyphic is the longest one, with 17 letters, but it is not often used, so next on the list, which sounds remotely normal, is uncopyrightable.

Then there are 2nd-order isograms, in which the letters appear twice. Most of these isograms are short-letter words such as noon, boob, papa, peep etc., but there are also longer ones (examples: arraigning, intestines).

Last, but not least, we have the 3d-order isograms, which are extremely rare, mostly because it is very difficult to find words in which a letter is repeated 3 times. ‘Deeded’ the past tense of the verb ‘deed’ (to transfer by means of a deed) is a notable example. People who are passionate about the English language have made isogram hunting their new hobby. They have found the longest isogram-worthy city name (Bricklehampton) and the longest country name (Switzerland). As a matter of fact, they are searching for long isograms for everything.

For non-native speakers, Garden Path sentences can be a bit too complicated to comprehend at first. They are basically linguistic trickery methods (not necessarily intentional) which may sound incorrect at a first read, but are actually correct. The problem is that they throw the reader and his comprehension off of balance. This means that the grammatical aspect of a sentence shifts pathways, or better said, changes the order of the words and their meaning. Here are a few examples:

Garden Path sentences often hinge on the lexical ambiguity of one word, which can be used with different meanings. Many blogs, publications and newspapers use these types of sentences to create interesting headlines, or crash blossoms (two distinct grammatically-correct meanings for the sentence).

This notorious sentence was created by Noam Chomsky to illustrate the difference between grammatical and semantic correctness. If you inspect this sentence closer, you will see that it makes sense, from a grammatical point of view, however, you should replace some of the words to make it gain semantic sense (example: ‘vivid green birds fly furiously’). Under this form, although grammatically valid, the phrase is still complete nonsense. Chomsky’s point is that if you interchange the words and transform the sentence in ‘Furiously sleep ideas green colourless’ it will not make sense from either semantic or grammatical perspective.

Chomsky made explicit the point that when he proposed the two sentences, they were likely to never have been uttered before; on immediate analysis, both sentences would have to be deemed ungrammatical. (Source: Listverse.com)

Like garden-paths, paraprosdokians are a figure of speech in which there is a linguistic twist. The main difference is that the end of the sentence is surprising and confusing.  Paraprasdokians usually cause the reader to reframe the first part. They are typically used in literary works to achieve an anti-climax, dramatic or humorous effect. There are certain satirists and comedians who take this figure speech to a whole new level by doubling the meaning of a word (this results in syllepsis).