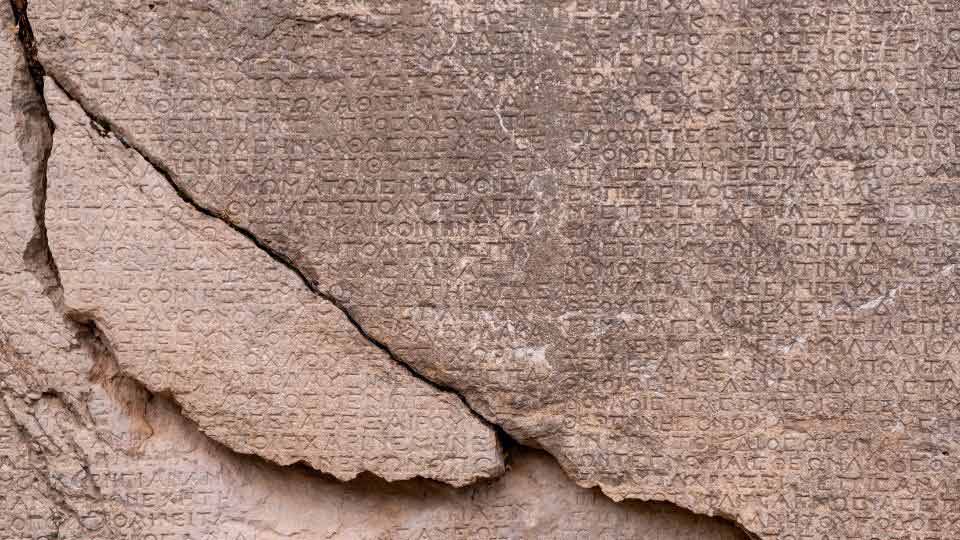 Ancient languages of the world

When asked, most people have no idea that there are so many ancient languages that have graced historic times on this planet. At least 12 distinct languages are known to be over 3000 years old, but that’s Greek to most people! Although many of these languages are now extinct – in that there are no more native speakers left – it must be noted that many have taken on different forms and are considered to be the predecessors of modern languages today.

In this article, we will explore just a few of these archaic tongues and the influence they have had on modern thought.

Original Greek is thought to date from circa 1400 BCE but some experts put it at more than 5000 years old. It is one of the few languages still spoken today – by more than 15 million people in Greece. Greek accounts for a sizable portion of ancient literature and has contributed many gems such as the New Testament of the Bible, the Iliad, the Odyssey and other works of literature that are considered precursors to modern Western philosophy and culture. Scientific language in English today contains more than 100,000 words that were “borrowed” from the Greek language. There are at least 14 documented dialects of this language.

Another ancient language that has made its way into modern Western culture is Latin. Promoted by the ancient Romans, this unique language dates from circa 1000 BCE. Although it is considered a “dead” language in that it is only spoken in the Vatican, there are innumerable words that have made their way into fields of study such as zoology and botany; in fact, 70% of all books written before the year 1501 – collectively called ‘incunabula’ – have been written in Latin. Although there were several dialects of Latin spoken during the heyday of this language, history records only the two most important categories – Vulgar Latin and Classical Latin. Vulgar, in this instance, does not mean objectionable – rather, it refers to the word ‘common’; this is because it was spoken by the larger population, and differed from the Classical – and more formal – dialect in which books were typically written.

This is another significant language from a historical perspective as it encompasses two major world religions – Judaism and Christianity. Dating from circa 1000 BCE, it is grouped under the Afro-Asiatic languages that include modern Arabic, Ancient Egyptian and Aramaic (the language spoken during the time of Jesus Christ.)  The Old Testament in the Bible has been written in Hebrew, as have several other key documents discovered subsequently. Impact-wise, it is one of the most influential languages in West Asian culture and continues to be spoken by more than 7 million people in what is now Israel.

There are two very rare villages in India where this ancient tongue is still spoken today as a regional language. Mattur and Hosahalli in the Southern state of Karnataka are two of the few scattered villages across the vast Indian Subcontinent where this language is still used colloquially. However, it still continues to be used by Vedic teachers and Hindu scholars, known as Brahmins. The earliest written form of this language is the Rig Veda, penned circa 3000 BCE; Sanskrit has the privilege of being known as the mother of all European languages and has thus made its claim to fame for eternity.

Another, completely indigenous language from India is Tamil. Though most scholars agree that the language originated circa 300 BCE, some contend that it is actually 17 centuries older than that. As a living language, it has far more speakers than any other ancient tongue barring Mandarin – more than 77 million people across the world still speak it, albeit in its many newer forms that include words based on urban slang usage. Tamil currently enjoys official status in 4 or more countries and territories around Asia.

In linguistic terms, the word ‘Chinese’ actually refers to a group of languages of Sino-Tibetan origin. The standard form – Mandarin – is the official language of China and is spoken by more than 1.4 billion people – by far the largest number of speakers of an ancient language. As such, it is also the most spoken language in the world. Although scholars tend to date its origin to circa 2000 BCE, many strongly believe that it is at least 10,000 years old – putting it at circa 8,000 BCE and making it one of the oldest languages known to man.

There are many other languages that fall in the ‘ancient tongue’ category, namely: Persian, Akkadian, Sumerian, Armenian and Egyptian. All of these languages have rich histories and cultures from which they emerged as forms of communication. Communication itself is thought to have originated in prehistoric times when man could only convey his ideas by actions, sounds and pictures. Sounds are believed to be the precursors of spoken language, and pictures to be the forerunners of written forms of languages as we know them today.