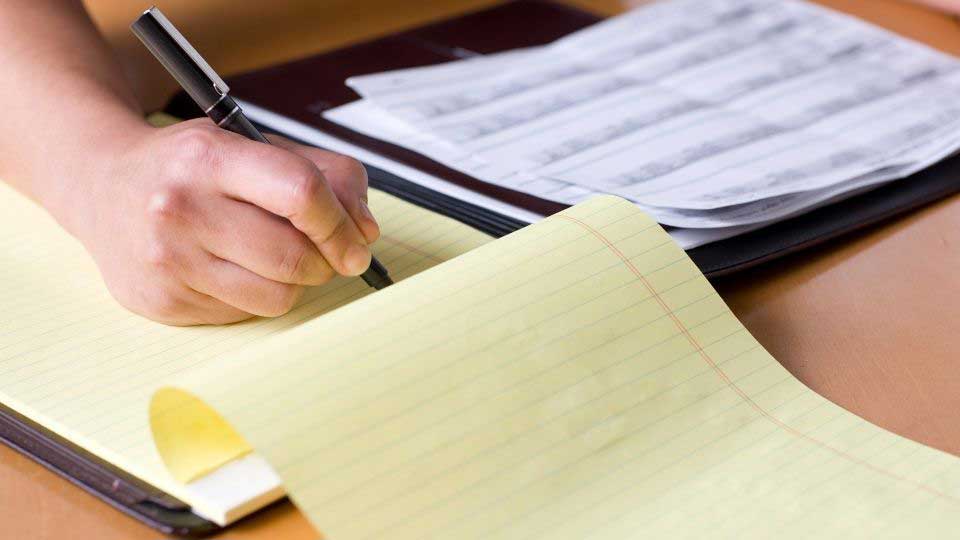 The challenges of consecutive interpreting

I simply cannot help starting with a remark I have recently heard from someone (in my own circle of friends) who has little idea has no idea of what an interpreter does and, consequently, tends to minimise the amount of effort and concentration that professional interpreters invest with every single job they do in their line of work. ‘Putting someone’s words into a language that you happen to speak is no big deal, really… You don’t even need to have your own ideas; you only tell what you’ve been told, rather automatically…brainlessly’. I am sure that you are already rolling on the floor laughing at that pearl of wisdom, aren’t you? My thoughts? Check out this great gifs that totally express what crossed my mind – I may have actually made one of those faces, not saying which one: 1, 2 and 3).

If things were so easy, no one would go to university or take various exams in order to become an interpreter and no one would ever put in endless hours of practice only to gain experience in this field.

To those who have learned several foreign languages and have done dozens of special courses to become qualified translators or interpreters I don’t have much to say. They know very well how much they have perspired getting to learn how to use the latest translation software and taking those mind-blowing tests to become interpreters for the top European institutions. Yet, there are many others who may not have a clear idea of what interpreting really means so sharing some of my thoughts with them would undoubtedly give them a better perspective.

I am sure you know the difference between the two professions. If you don’t, the points below are meant to help clarify the matter.

In the interpreting category, some consider consecutive to be slightly more difficult than simultaneous interpreting for more than one reason (read more about the challenges of simultaneous interpreting). It is, as its name suggests, the classic form of interpreting, with the discourse being interpreted as soon as the speaker has concluded or at the end of each passage in the speech.  However, it requires more training and a system of abbreviations and symbols which each interpreter develops over time through training and experience. As you can imagine, there are as many such ‘unique systems’ as there are individual interpreters. Some interpreters turn into ‘graphic artists’ after years of perfecting their own system of symbols.

You may have watched loads of political or economic discourse on television, when the president of a country or international company has come to talk to the nation ‘live’. That could be a bit puzzling for someone who is not ‘in the trade’. The interpreter is standing right beside the speaker and doesn’t seem to be taking any notes at all. Of course not! The discourse has been prepared well in advance and if the interpreter hasn’t got a translated copy of the speech (which they usually have), at least they are holding the original speech, quite a good aid in the process of following ideas.

However, more often than not, the interpreter is not there with the speaker and has no idea what the speaker is going to say, so the former starts scribbling on paper as soon as the latter has opened his mouth to utter the first sentence. So far, so good. One is ‘ranting’ and the other one is ‘doing art’ on paper. The difficult part begins when the speaker has stopped to save his breath and allow the interpreter to play his part which will be as long as the original speech. Throughout the discourse, the speaker and the interpreter take turns, much to the delight of the audience.

I feel bound to remind all those who have wrongly believed that an interpreter involved in consecutive translating has to possess a huge memory that there is a set of papers to be used as inspiration and guide throughout the process of reconstructing the original speech in the target language. A good memory is a plus, of course. But this is not always a smooth operation. Some speakers are difficult to follow as they tend to go to and fro in their discourse and many are the cases when the interpreter fails to convey the correct meaning of a sentence. I have recently noticed the misuse of a single preposition which turned ‘fighting against corruption’ into ‘fighting for/supporting corruption’, creating not only confusion but also concern. There are cases where the speaker makes a gaffe and a quick-thinking interpreter saves the day by translating what the speaker should have said rather than what he actually said.

Whether we speak of addresses on festive occasions, after-dinner speeches or events of political/economic significance, the best thing to do in order for a consecutive interpretation to be performed properly is for the speaker to formulate clear ideas and stop no later than a couple of minutes or so. You need to be a very experienced interpreter to be able to handle longer paragraphs.  Those who are very good at it have done and still do a lot of practice, whenever they can find a moment, so as to improve their symbol system and save more time writing down the most important ideas and details on paper. Why is simultaneous interpreting challenging?