The Languages of Oscars

Tomorrow, Sunday 2nd of March, the whole world will be watching anxiously to see the winners of the 86th edition of the Academy Awards, more popularly known as the Oscars (whose etymology might be the topic of another blog post).

But this is not a post on films and the Academy awards, but on languages, of course. And more precisely, the languages that the nominees speak. I was really curious to see how many of them are bilingual or speak another language (or perhaps more) fluently. It was fun to do the research and, as bonus, I added some videos of some of them speaking in languages besides English.  Bonus no 2, an infographic with some statistical data from what I have gathered here. With already one Oscar under his belt, Christian is one of this year’s favourites. Best known for his amazing body transformations (he lost 63 pounds for The Machinist and gained 80 for Batman Begins), Christian does not speak other languages besides his mother tongue, except when the role asks. He is also known for having an uncanny ear for accents. See it for yourselves in the video below, which sees him speak French, Chinese, Korean and Spanish. Well-known for his roles portraying villains and psychos, Bruce Dern only speaks his mother tongue (English) despite having some German and Dutch ancestry. 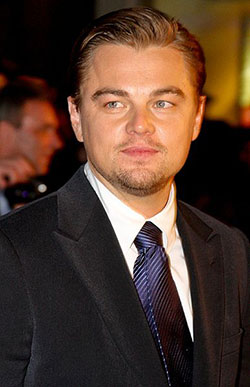 I am really rooting for Leo to win this year. I think he’s a terrific actor and he did a great job in The Wolf of Wall Street. But let’s not get carried away. Apart from his mother tongue (English), Leo is fluent in German due to his maternal roots: his mother was born in Germany and he spent his childhood with his maternal grandparents.  Here is a bonus video of him speaking German. A British actor with Nigerian origins, Chewy only speaks English, although the native tongue of his parents was Igbo. His ancestry includes English, Irish, Scottish, Swedish, and German. Despite his wife being Brazilian, Matthew insists he doesn’t speak Portuguese (and in fact swears it is for the best in their relationship). Amy used to sing in the school choir and dreamt about becoming a singing nurse. Meryl Streep  (another Oscar nominee) taught her how to knit. Her ancestry includes Danish, English, German and Norwegian. However, she can only speak English, although she was born in Italy. A well-known Australian actress with 5 Oscar nominations and 1 win for her portrayal of Katharine Hepburn (who was also an Oscar winner), Cate has got some remote French ancestry from her father’s side. The rest of Cate’s ancestry is British Isles (English and some Scottish). Cate would like to perform in German, but admitted she doesn’t speak the language. One of my favourite actresses, Sandra is of English, Irish, German, Swiss-German, and French descent. Her mother was German and Sandra herself lived in Germany until she was twelve. It is not surprising that she speaks fluent German, as you can see in the video below. With an English father and an Irish mother, Dame Judi Dench is probably one of the most loved and respected British actresses. She admitted that she prefers stage first, television second and film in third place. She already has an Oscar under her belt and both she and Cate Blanchett (also a nominee of this edition) have played Queen Elizabeth. One of the most prolific actresses – 18 nominalisations, 3 wins. Meryl Street is also known for her ability to master almost any accent. Her father was of German and Swiss-German descent and her mother had English, German, and Irish ancestry. Although she is not reported to master another foreign language outside the set, here is Meryl speaking Polish in Sophie’s Choice. Born in Mogadishu (Somalia), raised in Yemen from when he was 7, Barkhad moved to the US at 14. A mother of Italian descent and a father of Irish descent, Brad grew up to be, apart from a terrific actor, fluent in…. French, thanks to a university exchange programme in Aix en Provence. Écoutez-le! Another actor fluent in German due to his origins. He was born in Germany from a German father and an Irish mother, but moved to Ireland at 2. Speaking of his full frontal nudity in Shame, he said: […]It just baffles me: Women can parade around naked all the time, but the guy conveniently has his pants on. I remember my mom always complaining about that to me, saying, “This is such bullshit, it’s always the women who are naked” … so I did this one for you, Mom! 🙂 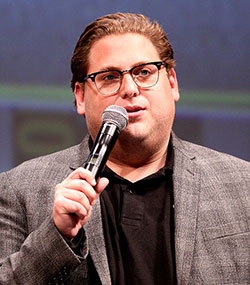 Probably best known for his roles in comedies, Jonah is of Russian Jewish, but doesn’t speak any other language apart from English. An actor with interesting and surprising choices when it comes to other languages. His mother has remote Cajun ancestry and his father was half Spanish. However, Jared said in an interview that he speaks Aramaic and Latin. Another interesting fact: he also works under the pseudonyms of Bartholomew Cubbins and Angakok Panipaq. Oh, did I mention he also sings in a band (30 Seconds to Mars)? Young, fresh, yet already an Oscar winner and the youngest actress to be nominated for 3 Oscars.  Among her favourite actresses are Meryl Streep and Cate Blanchett (both nominees of this edition). Jennifer has English, German, Irish, Scottish, and remote French, ancestry. Lupita was born in Mexico to Kenyan parents, raised in Kenya and educated in the US. At 16, her parents sent her to Mexico to learn Spanish. She is fluent in English, Spanish, Swahili and Luo. Julia has English, German, Swedish (her great-grandmother), Irish, Scottish (her father was brought-up in Scotland), and Welsh ancestry. She wanted to be a vet when she was little, but she ended up one of the most famous actresses (with an Oscar won for her role in Erin Brockovich).

This year’s nomination for an Academy Award nomination is her first, at the age of 84.

And here is the bonus infographic: